Home Politics Tsatsu Tsikata told the court one of their potential witnesses had some health issues.
Politics 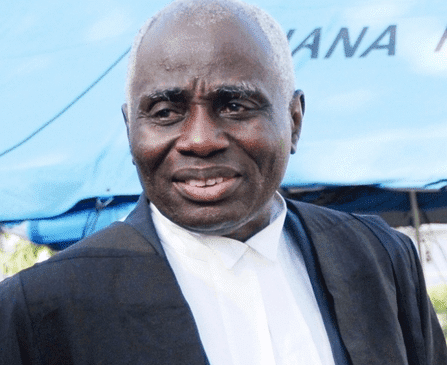 The petitioner for 1st respondent, Jean Mensa, had requested NDC to produce some documents such as constituency and regional collation sheet to be inspected. The supreme court wanted to know whether Mahama’s counsel had additional information to present before moving to the cross-examination of witnesses of respondents.

While responding to the court, Mahama’s lawyer, told the court that one of their witnesses was not feeling well. “The potential witness has a health situation,” Tsatsu Tsikata stated. According to the lawyer, if their witness will be given the chance to witness, it will assist in bringing some relevant evidence and facts of the case.

All the judges, the petitioner’s lead counsels and the two respondents, went to the chamber to determine whether the NDC’s potential witness will be given the chance to file the witness statement and also be cross-examined.