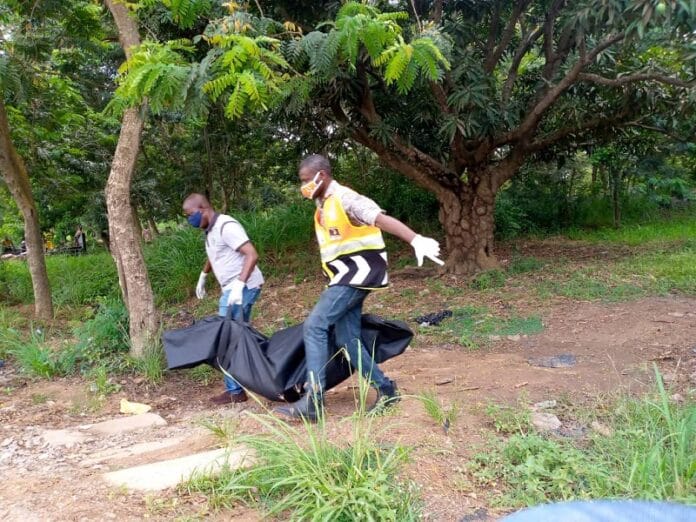 Two dead bodies have been found at two different places at Mankessim in the Mfantseman Municipality of the Central Region. One of the dead men looked to be in his 30s, he was found in a bush naked at Timber Lane 5 a suburb of Mankessim. It appears like he was killed in another place and his body dumped in that area because the residents say that they are not familiar with him.

The body was discovered after the residents traced the bad smell that was coming from that area. It was reported to the police and they came and conveyed the almost decomposing body.

The second dead body was found in a pool of blood at ‘Bridge’ on the Mankessim to Esaakyire road on Sunday morning. It appears that it was knocked by a car.

The two bodies were buried together in one grave at the Mankessim cemetery because of their decomposing nature. The Police and the Municipal Chief Executive for the Mfantseman Municipality Hon. Kenneth Kelly Essuman assisted in burying the two bodies.