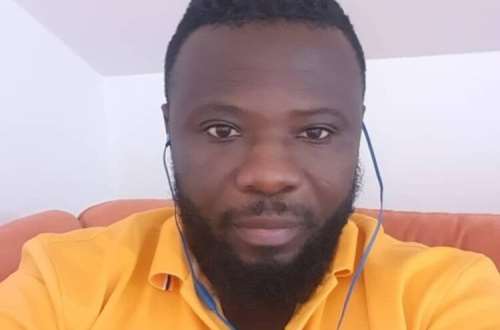 Ghanaian Football Academy owner, Fredrick Ohene Gyan, has been reportedly killed by an unknown invader. Fredrick Ohene was stabbed several times with a knife on Friday, August 27, at his home. The strange invaders left Kwamekrom Bright Stars Fc administrator lying in a pool of blood. An investigation of the late Fredrick Ohene’s body reveals gunshot injuries on his thigh.

“The victim was a proprietor of a private school at Kwamekrom near Obodaka with football club called Bright Stars. He has built his house at Pokrom. He was shot Friday about 10:00 pm while entering his room upon return from town by some gunmen. Nobody can tell if the gunmen were hiding in the house or what. Nobody knows,” a resident narrated.

“There is chieftaincy dispute in this area, so intermittently we hear gunshots, so when this happened, people thought it is normal warning shots relating to chieftaincy issues. But later, Doris Ansabea, an occupant in a house closer to the victim’s house, heard someone screaming for help, and when they got out, they saw the victim in a pool of blood crawling and gasping for breath. So, the woman called for help, and the victim was rushed to Nsawan government Hospital but Pronounced dead after two hours. He was married to Chinese who have traveled to her country.”

Coach Akonnor Has named Four more Players who will be participating in World Cup Qualifiers Competitions.