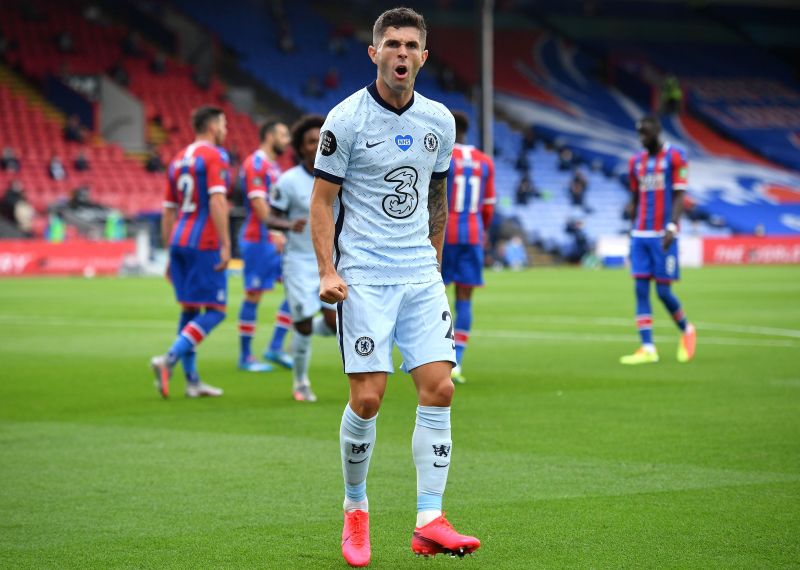 Chelsea has strengthened their chances of finishing in the top four after beating Crystal Palace at Selhurst Park. The opening goal was scored by Olivia Giroud after a fine run from Willian. Chelsea looked to have put the game beyond reach after Pulisic’s goal to make the game 2-0. It was not long before Wilfred Zaha scored a fine solo goal.

Substitute Tammy Abraham made it 3-1 after a fine run from Ruben Loftus-Cheek. Benteke made it 3-2 making the game very intense. In the additional minutes of the 90, Zouma saved Chelsea’s day with a fine clearance. The win took Chelsea above Leicester who are fourth and Manchester United who are fifth with a game in hand.

Despite the nervousness of the game, Lampard was delighted with the team’s performance. In a post-match interview, he praised his standout star Pulisic for another amazing performance. According to Lampard: “He’s got great talent. He came here in difficult conditions at the start of the season in terms of not having a break but he’s moved his game on to another level – not just in terms of how he’s going by people but he’s got real end product.

“I didn’t put any limits on him so he’s not surprised me. I knew the talent he had and I wanted to help him when he first got here because of the physical nature of the league. I had to manage him and then, unfortunately, he had quite a bad injury.

“But the hunger that he has, the quality that he’s showing, and the end product has been the most pleasing aspect. Since the restart, he’s been fantastic.

“You look around at the top attacking talent in the world, they score goals regularly that win games and at the moment he’s doing that, so I’m delighted with him.”

Lampard was also happy that Tammy Abraham ended his goal drought. He noted that Abraham always wants to score goals.

Ghana will go on with WASSCE exams despite Nigeria’s pullout