Home Entertainment Wisa has revealed that he had no plans of marrying this year.
Entertainment

Wisa has revealed that he had no plans of marrying this year. 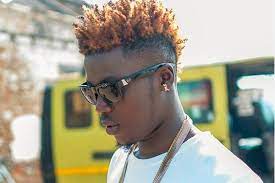 Eugene Nii Amon Ashish, commonly known as Wisa Greid, has disclosed that he had no plans of getting married to his wife this year. Wisa married Annabelle Nyamekye Twum, who lives in Canada.

During an interview, the ‘Ekikimi’ hitmaker disclosed that he was in a serious relationship with his girlfriend for around four years. According to him, he did not know he will marry that soon.

Wisa Greid expressed his love for his wife, who stays in Canada. He said that her wife was still in Canada during their courtship. As a way of proving his great love for her wife, he said he has never flirted with any lady in the absence of her wife.

Asante Kotoko, Hearts of Oak, and other teams in Ghana were ranked among the leading teams in Africa.

I was ordered to leave office for not looking professional.