Worrying Trend on Raising Number of Kidnappings In Ghana 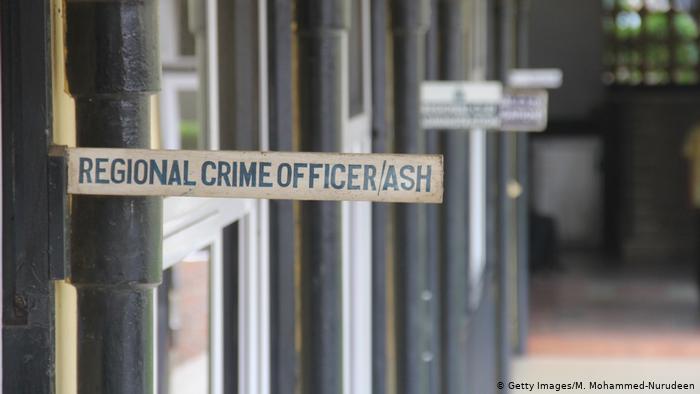 The hashtag #BringBackOurTaadiGirls started trending on social media at the beginning of this year as a rallying call to demand action from the police to help rescue three girls kidnapped in Takoradi late 2018.

The hashtag came as reminiscent of the Nigerian hashtag #BringBackOurGirls that hit international headlines after 276 female students were kidnapped by the militant group Boko Haram, in a secondary school in Chibok, Borno state.

What is believed to be the remains of the Takoradi girls were found in the house of a suspected kidnapper identified as Sam Wills after police conducted a thorough search of the suspect’s house and compound only to find the body parts in a septic tank on the compound.

Earlier this year, a kidnapping incident in Kumasi involving a 30-year-old Indian man whose kidnappers demanded a $500,000 ransom made headlines. In Accra, an Estonian diplomat was rescued by security forces after he was kidnapped during his morning walk.

In June 2019, the kidnapping cases hit the headlines again when two Canadian women, Bailey Chitty (20yrs) and Lauren Tilley (19yers), were seized in Kumasi. The two Canadian whom are volunteers for a Toronto based charity group, were kidnapped outside their apartment and bundled into a car.The two women were rescued in less than a week by security forces. Five Ghanaians and three Nigerians, were arrested in connection to the kidnapping incident.The release of the two candian women brought a sigh of relief to members of the general public who were becoming anxious due to the rising number of  kidnapping as this was the second case reported in less than a month in Kumasi alone.

Ghana has long been considered one of the safest countries in West Africa but the recent upsurge in kidnapping cases, targeting mostly foreign nationals, has led to the questioning of this status by both foreigners and locals.

Statistics show that a total of 70 kidnapping cases were reported last year alone, out of which, only one conviction has been made while four more cases are still on trial.

Due to the increase of kidnapping cases, President Nana Akofu-Addo called for the need to bring to an end to all the kidnappings,and stop the activities from being a fabric of the society.

In the wake of the rise of these cases, many members of the general public have been calling for concrete action to be taken to make them feel more secure. Security experts still maintain that Ghana is still safe, compared to other countries in the region, and urge locals and foreigners remain vigilant.