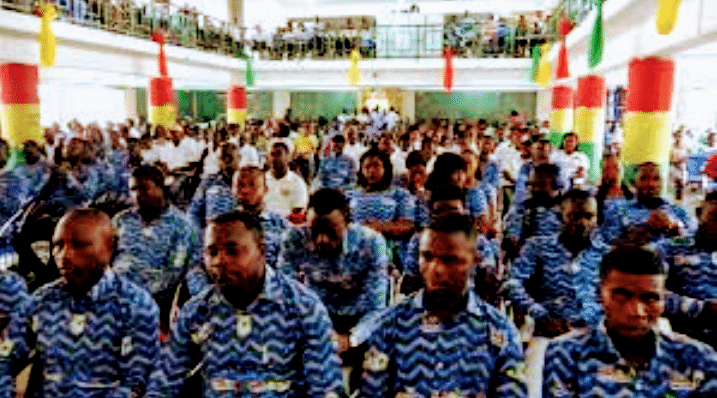 Following a press conference held on the 14th of October, National Democratic Party (NDC), the opposition party, has promised to grant permanent jobs in the public sector to thousands of workers currently working with Nation Builder’s Corps (NABCo) on a temporary basis. Sammy Gyamfi, the NDC’s Communication Officer has further revealed that besides granting NABCo workers permanent jobs in the public sector, NDC intends to increase their salaries higher above the current GHc.700.

“We will change the remuneration of NABCo beneficiaries from their current pittance allowances to decent wages that offer these young ones a decent living. NABCo recruits can rest assured that under President John Dramani Mahama, they will have permanent jobs and be paid in time,” said Sammy Gyamfi

NDC promised to grant NABCo workers permanent jobs at a special NDC’s presser whose main reason was to clarify NDC’s manifesto-promise to create one million permanent jobs given a chance into the government in the December 2020 elections.