Maurice Ampaw says that Mahama is a Big Problem in Ghana. 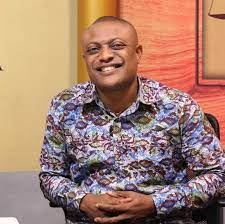 Maurice Ampaw has said that the former president of Ghana is the current problem of Ghana because of his strange utterances. He noted that Mahama has already achieved a lot in his political career, and therefore he should let other politicians lead, “Step aside so that other people will take over the leadership role in the NDC,” Maurice stated.

According to the lawyer, it is only eight months since the last elections were conducted, and John Mahama is already planning the next elections. He insisted that the former president is giving the acting government unnecessary pressure. “In the name of thank-you tour, you are rather raising the political temperature in Ghana.”

President Akufo-Addo says that Democracy has been of great importance in Ghana and Entire Africa.