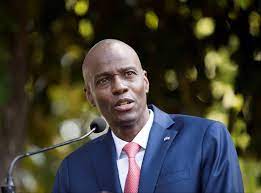 The Prime minister noted that first lady Martine Moise is currently in hospital following the attack. He, however, did not reveal her condition.

Haiti has been facing political instability in recent months, which has led to protests and kidnapings. Organized crime is also said to be on the rise in the Caribbean country.

Our aim was not to kill protestors at Ejura – Ghana Military