Home Politics NDC has apologized to the media
Politics

NDC has apologized to the media 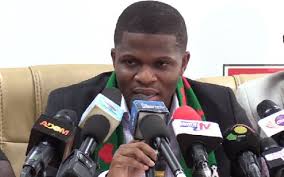 The NDC has rendered an apology to the media following verbal and physical attacks from their supporters. Some journalists are have come under attack from NDC supporters for announcing the December 7 elections, in favours of NPP.

According to some supporters, it is the media that supported the Electoral Commission to announce Akufo-Addo as the winner of the presidential elections. Some Journalists have said that they will not attend any event held by the NDC.

During an interview, Sammy Gyamfi said that no one can justify those attacks, “there’s been genuine cause for leading members of the NDC to criticize certain media organizations, you don’t have the right the law into your hand.”
“We have realized it’s escalating and increasing the tension; leading to insults and attacks from our members…you don’t have the right to take the law into your hands whether the media do the right thing or not leave it in the eyes of the public opinion,” Sammy noted.

Sammy Gyamfi apologized, “We are sorry for everything; Under no circumstance should any supporters attack the media house no matter what…you don’t have the right to take the law into your own hands and so as leaders of the party we take full responsibility for that; we regret that and we are very sorry.”