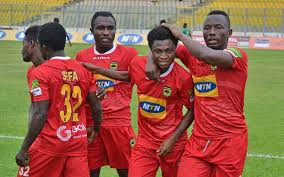 During the second half, the Dwarfs made an early substitution in search of victory, while Kotoko made a forced substitution after Imoro Ibrahim was stretched off the Pitch. Kotoko secured all three points in the 71st minute when Christopher Netty headed a nicely taken free-kick by Patrick Asamah. Kotokos’ victory by one goal promoted them to position three on the league with 16 points level. The second position is secured by the Ashanti Gold Football Club.

The artist who offered $100 to Ama Broni to twerk naked says he is not responsible for her death.