Home Sports Diawusie Taylor has said it would be unfair if he doesn’t receive any award.
Sports

Diawusie Taylor has said it would be unfair if he doesn’t receive any award. 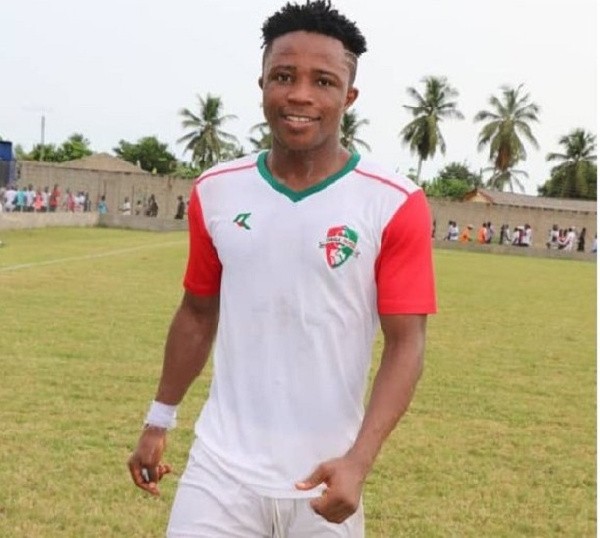 The Top Scorer of the Ghana Premier League has said that it will be very disappointing if he won’t receive any award. After failing to receive an invitation to the Ghana premier league and season awards, Diawusie Taylor said that he believes that the event was held by NASCO and not the Ghana Football Association.

The ceremony was held on 30th August where the outstanding football giants in the recent Football season received their awards in the absence of Diawusie Taylor. The hearts of Oak coach Samuel Boadu received an award of the coach of the season. Ibrahim Salifu received an award for being the best player of the Season.

During an interview, Diawusie said, “I saw it yesterday, I think this is not coming from the Ghana Football Association (GFA), I think Nasco organized it, I don’t want to believe it is a general awards ceremony that we all know. They awarded the player of the Season and the coach of the season, as a top scorer I didn’t hear anything from them. Awards like this people will expect who is the top scorer with the golden boot.”

Captain Smart has disclosed that Mahama is planning to appoint a new running Mate for the 2024 elections.

Joe Ghartey has said that he is grateful that President Akufo-Addo did not re-appoint him.