Home Sports Joe Ghartey has said that he is grateful that President Akufo-Addo did not re-appoint him.
Sports

Joe Ghartey has said that he is grateful that President Akufo-Addo did not re-appoint him. 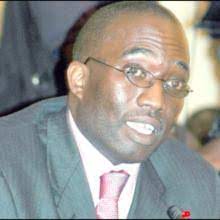 The former Railways Development Minister Joe Ghartey has expressed his joy of not serving in President Akufo-Addo’s government again. He said that he is grateful to God for giving him a chance to serve during the first term of Akufo-Addo, and now that he is no longer serving, he is also content and happy.

“Whatever happens to me in life is of God. I thank God He gave me a difficult job and I’m grateful to be made Minister and I also thank God that I’m no longer there,” he stated during an interview.

According to Joe Ghartey, he currently has the opportunity of focusing on himself and do other things he couldn’t have done while serving as a minister. “I’m a lawyer but I’ve stopped going to court. Thankfully, my wife is a lawyer and my daughter has become a lawyer and there are other lawyers in the firm. Occasionally, they ask me for advice, I’ve an office there but I don’t use it. I write law books and I’m also into business.”

Diawusie Taylor has said it would be unfair if he doesn’t receive any award.

Langford Fiifi Kwapong says Depression made him burn an American Flag and his passport.