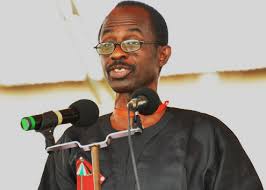 NDC’s General Secretary, Mr. Johnson Asiendu Nkeitiah, said that the Party will resort to ‘negative violence’ to change the parliamentary and presidential results. According to the general secretary, Negative violence involves the use of spirituality and tradition. He further, said that the party had already consulted the shrines to assist them in seeking Justice.

Speaking during a rally in Techiman, Mr. Johnson Asiendu-Nkeitiah stated that it was clear that the NDC emerged victorious during the elections. He also said that they are working on ensuring that the EC changes the results accordingly.

The former president John Mahama had accompanied Mr. Johnson to visit the families of the 3 NDC supporter who passed away in post-election violence. Mahama appreciated the residents of Techiman for their great support during the elections that made NDC win the elections.

John Mahama said that December 7 elections were the worst in the history of Ghana. According to Mahama, the NDC supporters had the right to protest the election results. Nevertheless, he warned them to avoid violence. The National Chairman of the NDC, Mr. Samuel Ofosu-Ampofo, stated that the parliamentary seats won by the NDC was an indication that the citizens of Ghana never wanted NPP.

I will never get married because it’s enslavement-Mzbel