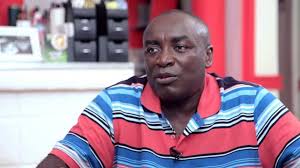 Kwabena Agyapong, the former NPP General Secretary has noted that both the opposition (NDC) and the ruling party (NPP) are not happy with the politics of insulting others. He is worried why the new generations of politicians more so the young people have decided to engage in insulting conduct on air when they should be involved in intellectual discourse. Besides, he said that the National Communications Officer of the NDC, Sammy Gyamfi is among the people involved in the politics of Insults.

“When I look at that young man in NDC called Sammy Gyamfi and anytime I listen to him, I realize he speaks harshly and I keep asking myself is there not anyone who could advise him?” Firstly, you are very young and by God’s grace, you have another or more than 40 years to live. Therefore don’t behave boastfully in insulting the elderly, you don’t do that”, he advised.

He further insisted “It is the same way we have some people in our party NPP who also insult the elderly, we don’t do that”, Mr. Kwabena Agyapong chided admitting that “of course we are human and we can make mistakes and all that”.

Kwabena Agyapong said that he does not like the politics of insulting others simply because he doesn’t want to be in a situation where he will be apologizing for what he says. “I want to be able to say everything I say today in 20 years to come”, Kwabena Agyapong stressed.

Stacy Amoateng voted Radio and Television Personality of the Year