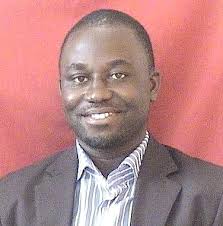 A few days have elapsed from when Akyem Mafia and sakawa boys begun a debate. The flagbearer of the NDC, John Dramani Mahama has been requested to apologize for verifying the post by MP, Isaach Adongo which has been described by many as ethnocentric.

Besides, Charles Owusu the head of Monitoring at the Forestry Commission, says that John Dramani Mahama should have apologized immediately. Additionally, he requested the people of Ghana to understand the former President because just like the pharaoh God has hardened his heart.

Charles Owusu stated that “I thought if you do something and a lot of people are speaking against it; you apologize or explain yourself but I’m not surprised; a similar thing happened in the Bible. With all the miraculous works God performed, you would expect that Pharaoh would have a change of heart but it didn’t happen.”

“God hardened his heart and so Ghanaians should understand and be patient with Mahama. Because God wanted to shame Pharaoh and bring glory to His name, he hardened his heart…You’ve been a president in this country…” he said on Peace FM morning show ‘Kokrokoo’