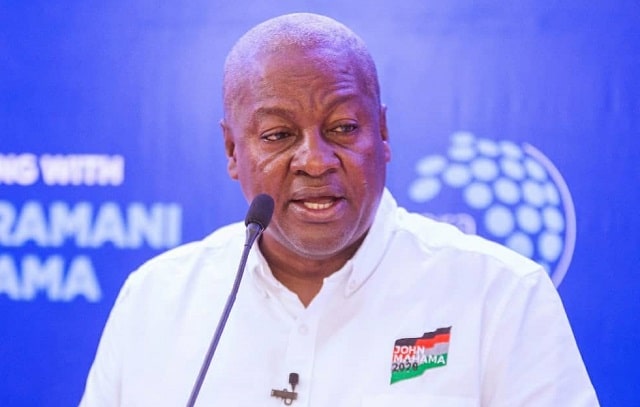 Nana Mosi, who lives in Bono East has said that John Mahama is going to win the presidential election. Speaking during an interview, the spiritualist said that just like John the Baptist of the Bible, he is ready to be beheaded in case the former president does not win.
According to him all the prophecies related to president Akufo’s victory will not come to pass and they should be ignored. Nana claimed to be a powerful prophet and that God has already shown him the next president. He said that if the citizens of Ghana do not believe in what he is prophesying, then he is ready to be beheaded in case Mahama does not emerge victorious.
While responding to Prophet Owusu Bempah prophecy about Akufo’s victory the spiritualist said: Owusu Bempah predicts, he expresses opinions. “He does not prophesy, he only predicts. I am a powerful Spiritualist whose power can be compared, to the prophets in the holy book.”
“Listen to me carefully, I am a powerful person, and I don’t peddle lies like the other prophets who fumble with their prophecies. I am stating categorically, that, if my prophesy does not come to pass, behead me.”

Bobi Wine from Uganda has suspended his campaigns after chaos