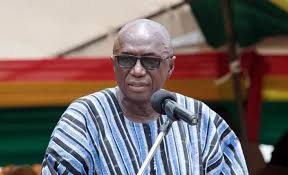 Speaking at a presser held on the 12th of October, the Interior Minister, Ambrose Dery, has revealed the government’s preparedness to deploy personal bodyguards to all Members of Parliament in a bid to enhance their protection. The move, which comes days after the murder of Mfantseman MP, Ekow Quansah Hayford, is intended to curb public officers’ attacks that have been on the rise recently. Mr. Dery further confirmed that the deployment will be effected immediately in a bid to facilitate service delivery by the legislators.

The decision by the Ministry of Interior to deploy personal bodyguards to Members of Parliament has been applauded by both the Majority and the Minority Leaders in Parliament, Osei Kyei Mensah Bonsu, and Haruna Iddrisu respectively, saying that the move will not only ensure security for MPs but also their families.

Ranking Member in Interior and Defense Committee of Ghana’s Parliament and Builsa North MP, James Agalga has however blamed the Interior Ministry terming their move to deploy personal bodyguards to MPs as a belated one. “Provision of security details for MPs is a belated request. We started this appeal after the death of JB Danquah but the state did not consider it.” James Agalga asserted.

The Builsa North Member of Parliament further stated that the vulnerability of MPs to attacks is higher compared to that of some State Ministers hence their security should be enhanced right from the House Chambers to their homes. . “How can you provide security for us in parliament and not in our homes? MPs are more vulnerable than some Ministers of State who have never run for elections but they have security details.” James Agalga added.