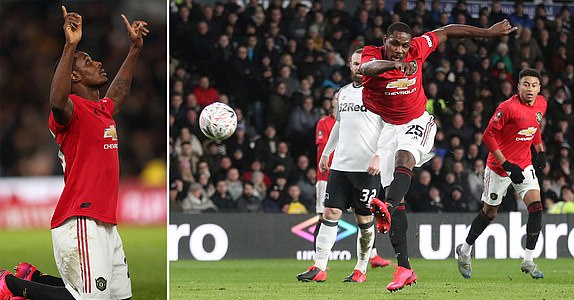 Manchester United have qualified to the quarterfinals of the FA Cup following their victory against Championship side Derby County. Nigerian star Odion Ighalo scored two goals with Luke Shaw scoring one to seal the much-needed victory.
United’s first goal was scored in the 33rd minute with Shaw firing in a rebound into the roof of the net. Four minutes before half time, the visitors scored their second goal through Ighalo who fired in after an assist from Shaw.

Goals from Shaw and Ighalo see the Red Devils go into the break with a comfortable. Can Rooney and his teammates find a way back?

In the second half, Ighalo scored his second for the night becoming the first African player to score a brace for Manchester United.

DJ Switch has signed a management deal with an American Agency

Best Places to visit in Ghana this year