Home Politics Margaret Ansei has expressed her disappointment for being a Ghanaian.
Politics

Margaret Ansei has expressed her disappointment for being a Ghanaian. 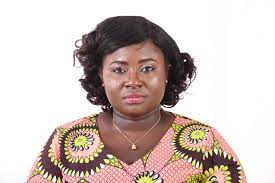 The former John Mahama Spokesperson has expressed her disappointment with Akufo-Addo government’s poor power supply across the country. While speaking during an interview on Wednesday, Margaret said, “I regret being a Ghanaian at this time. People’s foodstuffs are going bad and businesses are collapsing yet this government is not helping us deal with these erratic power cuts.”

“The government has done nothing to reform the power sector. What have you done in the energy sector? Former Energy Minister Peter Amewu said during his vetting that they have not done much in the energy sector forgetting that we need 250 megawatts every year because of the population growth but they haven’t added any megawatt to the national grid how do you meet the energy demand of the population? If the Akufo-Addo government said Mahama left excess power for the country why are we experiencing power erratic power supply?” Margaret Ansei Lamented.

The former John Mahama Spokesperson also blamed the Electricity Company of Ghana (ECG) for failing to issue a load shedding timetable to help the people who own businesses in the National capital and its environment.

Naomi Gold has revealed the reason behind dating Old Men.

Michael Blankson has requested Ghanaian Entertainers to be original and unique.