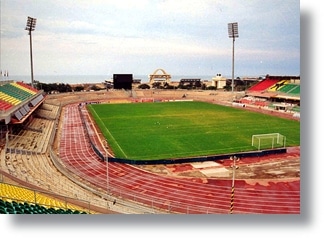 The National Sports Authority (NSA) is currently renovating the Baba Yara Sports stadium. The operation has begun with installing new seats. The stadium was left in an undesirable condition during an inter-schools’ competition that was held in Ashanti Region.

The last phase of installing the new seats begun on Monday, with the workers and contractor busy working on the scoreboard. Closing the stadium was the best alternative by the National Sports Authority as the government reconstructed the stadium.

Fixing the pitch drainage system is part of the renovation plan. The Baba Yara Sports stadium has hosted various Black Stars games and is home to Ghanaian giants Asante Kotoko.