Ras Mubarak says that it’s illegal to summon MPs without the Speaker’s permission. 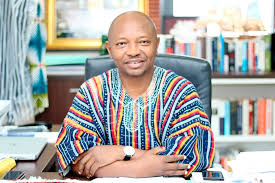 The NDC MPs have said that they will not grant the police summon. They had been summoned to appear before the Accra Magistrate Court today, following their visitation to the Electoral Commission Headquarters’ on December 22, 2020, to present a petition. According to the constitution, it’s illegal to visit the EC without a permit from the police. They also gathered and conducted themselves in a way that brought tension to the Ridge neighborhood.

Mr. Ras Mubarak, while speaking on behalf of the other MPs said, “In any case, parliament is sitting today at 10 am. And they of all people should know better than when Parliament is sitting unless the speaker explicitly releases any MP, no one can summon them to the court. This is according to Article 117 of the 1992 Constitution. So, this is illegality. They should follow the constitution. They should call the speaker to inform him of what they want to do, the speaker will give directions, invite the parties, and discuss it before any such summons can be served on MPs. But you don’t send these things to MPs and leak it to the media and expect that any MP will take you seriously. They are taking us into the abyss.”

Furthermore, Mr. Ras Mubarak disclosed that together with his colleagues will not honour the summon until they do the right thing. “I won’t be in court, because the proper thing has not been done. I get the indication that is the position of my colleagues too. I have not seen any letter from the Speaker’s office permitting them to serve me as an MP.”

Hearts of Oak coach is not happy with his players regardless of their 6-1 win over Bechem United.

Former Udinese Midfielder is looking forward to being a coach.