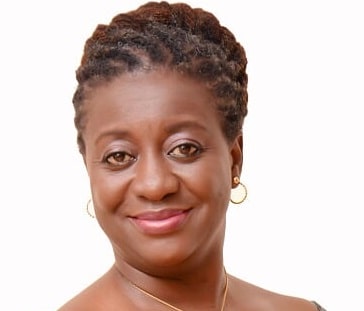 Brigitte Dzogbenuku, the flagbearer of the PPP has requested the citizens of Ghana to vote for her in the next presidential elections because she can perform the leadership role in the country nicely.

She said that women are good at discharging leadership roles aptly, hence they should be considered in the elections.

On Saturday, September 19 is when Brigitte Dzogbenuku stated this on The Key Points on TV3 with sit-in host Stephen Anti.

“Women do play a better leadership role than you the men so bring the women on,” Brigitte stated.

Brigitte Dzogbenuku together with the flagbearer of the APC Hassan Ayariga was the panelist and two-time independent Presidential Candidate Jacob Osei Yeboah.

Their discussion was based on how minority parties can recoup to become the third force.

Brigitte said that the 2 key political parties, the NDC and the NPP, have dominated the political space in Ghana because of the great support extended to them by the media of Ghana.

Nevertheless, she stated that the media have not provided equal platforms to lesser-known parties such as PPP.

According to her: “The media takes the position where it seems as if they want to cut down these brilliant ideas we have.

“Sometimes we must be given audience because the minority parties also have people who are looking or holding them responsible to make a showing and we ask that the media should give us that platform where we can put our best foot forward,” she said.

Hassan Ayariga, on his part, also said the NPP and the NDC have engaged in vote-buying over the years because they have resources.

Mr. Hassan noted that this situation has blocked the Ghanaian minority parties from being a third force in the electoral history of Ghana because they are not resourceful to the level of the 2 leading parties.