Akufo-Addo shocks people with a US$40,000 Bribery Scandal 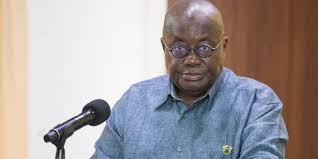 President Akufo-Addo has attacked the ex-president of Ghana, John Mahama, claiming Mahama is a man without any vision. He revealed that the former president’s campaign has already failed and that’s why he is attacking him. Speaking while addressing a rally on 5th December 2020 at Jamestown, He said that Mahama is deceiving the citizens of Ghana and he never fulfills the promises he makes while campaigning.

“The NDC presidential candidate, John Dramani Mahama, bereft of record, empty of vision, bankrupt of ideas whose campaign has already collapsed in confusion, in deceit, in lies and outright fabrication who today, hanging his political career which is tatters of fabricated and doctored tape…it will not happen. The Ghanaian people are not ready to go online.”
During an emergency press conference, the NDC candidate released a video blaming president Akufo for receiving a US$40,000 bribe from the director of urban roads not to sack him from his job.

Also read: The corruption under Akufo-Addo does not surprise Ghanaians anymore – Mahama

Kojo Oppong, the information minister defended Akufo saying that the NDC Candidate released a 2016 campaign donation. Besides, he said that Mahama’s Campaign has already collapsed and therefore he has opted to release fake news by altering the original video to create a bad impression for the current president.

“Whilst we are not surprised by the new low by the opposition candidate and his party, we remind Ghanaians that they should expect more of such falsehoods and fabrications in the days leading up to elections.” “It has become clear that the candidate Mahama’s failed campaign now sees fake news and fabrications, as well as amendment of their earlier promises as the only hope to salvage what is going to be another victory for President Akufo-Addo and the New Patriotic Party”. “The people of Ghana are discerning and will not be swayed by obvious fabrications designed by persons who always seek to bring the name of the Republic into Disrepute and sully its image amongst the comity of nations.”

The stock market is waiting for the election results keenly