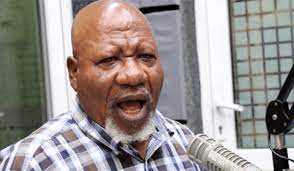 Allotey Jacobs has revealed that ahead of the 2008 elections, the NDC falsely alleged that John Agyekum Kufuor was planning to move the capital city of Ghana to Kumasi. Speaking during an interview, the Former Central Regional NDC Chairman said that he is guilty of his actions. Besides, Allotey Jacobs said that he will reveal more lies hatched by the NDC against president Kufuor. According to Jacobs, the propaganda assisted them in winning the 2009 elections.

“I will let the world know what we did against President Kufuor and that is why I spilled the beans. It will be a season for political and law students to know things we do to undermine political leaders. It worked for us because we won the elections. We also lied that President Kufuor had promised to relocate the sea to Kumasi. We told people that and they believed it.”

Allotey Jacobs said that he is planning to visit the former president and ask for forgiveness. “I’m coming out because when they did it to me, I felt it and I realized it wasn’t right so I want us to stop this politics of character assassination, undermining, and blackmailing. If we stop this, I’m sure, we will have peace in our politics,” he noted.

Ken Ofori-Atta reveals that more than 5.8 million transactions have been recorded on Ghana.Gov Platform.