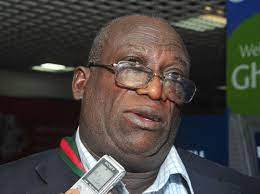 Jones Abu who was accompanying the Hasaacas Ladies to the Wafu B Champions League Qualifiers died on Tuesday morning in Ivory Coast. Jones Abu Alhassan died at 64 years. He was among the top football Officials in Ghana.

The late is accredited for bringing Ghana FA President Kurt Okraku into office in 2019. Besides, the deceased served as Abedi Pele’s manager for a very long time, as a powerful football officer and an agent for several top players in Ghana. Furthermore, the Legend served in several positions of the north Real Tamale United. He later played a key role in Steadfast United.