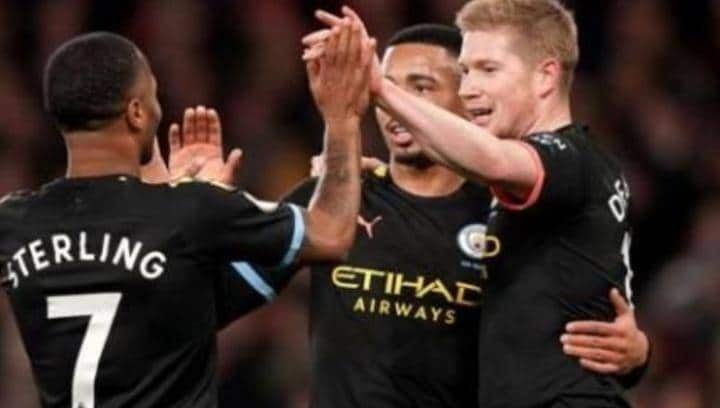 EPL has resumed and some exciting games are expected. It all started with a goalless draw between Aston Villa and Sheffield United. The most awaited clash started after the villa game. The match between Arsenal and Man City was expected to be a thriller. However, from the announcement of the team news, something was wrong. Arteta opted to leave Ozil and David Luiz out.

At the onset of the game, Arsenal looked sharp and threatening. However, things started going against them when they received a double injury blow. Granit Xhaka had an ankle injury while Pablo Mari had a calf problem. The two were replaced by Dani Ceballos and David Luiz.

David Luiz had a terrible game gifting Raheem Starling a goal barely 25 minutes after his entry. He then gave away a penalty after fouling Riyad Mahrez something which earned him a red card. David Luiz took all the blame saying that the defeat was his fault.

Speaking to Sky Sports: “It’s not the team’s fault, it was my fault. Today I think the team did well, especially with 10 men, the coach is amazing, the players did amazing, it’s just my fault.

“I took the decision to play, I should have taken another decision in the last two months, but I didn’t. It was all about my contract, whether I stay or not. I have 14 days to be here, and that’s it. Today was my fault.”

Arsenal manager however refused to criticize Luiz. According to Arteta: “He has spoken in the dressing room. David is very honest, straightforward, I’m sure he will talk to you guys and explain his feelings.

“But my opinion hasn’t changed from the moment I joined the team and it won’t change because of a difficult performance tonight.”

“I don’t know what will happen with his contract,” he added.

“I know what happened today. There was a reason why I didn’t select him from the start. He had to play because Pablo got injured. He tried but it didn’t work out for the team.”