European Union Observers show how the 2020 election was manipulated 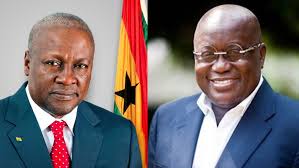 European Union observers have given pointers on how the manipulation of the presidential and parliamentary results was done. They said that 17 polling station did not display their results to the public. Nevertheless, the observers said, “voting was conducted in a generally peaceful atmosphere and voting procedures were mostly followed, including the biometric verification of voters.”

The observer’s report stated, “Furthermore, presiding officers appeared to have difficulty completing the results forms. The polling station results in forms were not publicly displayed in the 17 polling stations although party agents received signed copy of the resulting form in all cases.”

Besides, the report congratulated the civil society of Ghana. “Ghanaian civil society has a strong presence and a leading role in electoral observation. Domestic observation is organized, credible, and well perceived by stakeholders.”

The coalition of Domestic Election Observers (CODEO), a network which is composed of forty-three organizations advocates for developing democratic institutions. This network is responsible for leading national observation activities.

“CODEO, with support from the Centre for Democratic Development (CDD Ghana), amongst others, deployed around 4,000 observers on election day. CODEO issued reports on registration, campaigning, and incidents, and set up a parallel vote tabulation (PVT) exercise. The Institute for Democratic Governance (IDEG) deployed some 700 observers.”

The report also spoke about the collation process in the polls. “Collation of results at the constituency level was observed in 35 constituency collation centers with many of them being visited repeatedly. Collation process was less well organized and less transparent often due to lack of detailed procedures, inadequate facilities, and overcrowding which at times led to agents and observers not having a clear view of the procedures and the filing in of result forms.”

“Instances of unrest and tension were observed in Asawase, Sunyani west, and Techiman South constituencies. The results were collated in the presence of party agents and observers and key transparency measures were adhered to.”

Alassane Ouattara takes the oath of office for the 13th time