Alassane Ouattara takes the oath of office for the 13th time 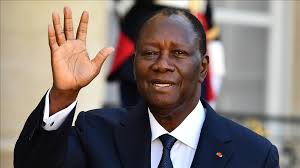 President Alassane Ouattara of Ivory Coast was sworn in to serve for the third term on Monday. 13 African counterparts and the ex-French President Nicolas Sarkozy attended the swearing-in event.

President Ouattara has requested the opposition to assist in reducing the tension in the country before the general election that is scheduled to take place early next year. “I ask all political parties to seize this new opportunity to defuse tensions through dialogue.”

Earlier, the president said that he had requested his prime minister, Hamed Bakayoko, to “resume discussions” with the opposition. The opposition is still questioning the transparency of the just-ended election.

According to Ouattara and his supporter, the 2016 revision of the constitution changed his term counter to 0. When Ouattara emerged victorious with over 94% of the total votes, the opposition announced a “transitional government.” This resulted in the arresting of some opposition leaders with legal proceedings over “sedition” against them.

The official toll shows that 85 people have lost their lives due to the pre-and post-election violence since August. This violence has made many citizens of Ivory remember the disputed 2010 election. Around 3000 people lost their lives and estimation of 1.3 million fled their homes in the ex-French Colony.

European Union Observers show how the 2020 election was manipulated

Oheneba Boamah arrested over his threats to President Akufo-Addo