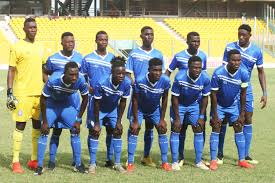 Accra Great Olympics’ Twitter page is quickly getting fame as the place of savagery and funny posts. The participants of the page usually entertain their fans with memes and interesting phrases that create great conversations with their fans. In case the team you support is defeated by the club that has the most nicknames in the history of football in Ghana, they laugh at you with memes and funny tweets.

On Monday, the members of the page posted hilarious comments in response to the sacking of Frank Lampard by Chelsea. The Current coach for Chelsea begun a chat concerning the way they treated the Ghanaian legend and the next team that Lampard will coach.

While responding to the conversation by the coach of Chelsea, one of the users’ tweeted, “Frank Lampard should coach the Olympics.” The Olympics rejected Frank Lampard claiming that they belief in their current coach, Yaw Preko.

The People of Ghana has buried their longest-serving Head of State Today.

Kojo Oppong Nkrumah, asks NDC to prove that none of the presidential candidates won the 2020 elections.