Ibrahim Mahama withdrew the remaining 0.60 from Owusu Bempah’s account without any considerations. 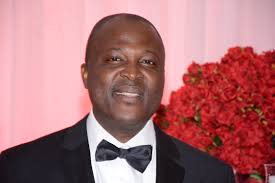 Ibrahim Mahama, the brother to John Mahama, has mercilessly withdrawn the remaining 60 pesawas from the account of Owusu Bempah. Ibrahim had sued the communications Director of Ghana Gas Company limited, Owusu, but he got defamation judgment.

Recently the court has issued an order to the National Investment Bank to pay Ibrahim Mahama GHc310,000 from Owusu’s account. Even though, Owusu had GHc167 000 in his account the banks did not release all of it to cater to his debt. The bank released a cheque of GHc107,000 from the Owusu Bempah’s account. Following the court’s order, the bank has been forced to release 60 pesewas that were left in his account. The remaining amount that Owusu should pay Ibrahim for defaming his stands at GHc202,999.40.

Adoney finds her baby who was stolen at birth.