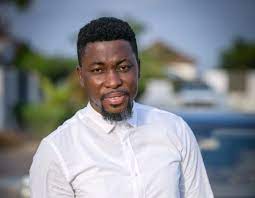 Kwame Asare Obeng (A plus) has revealed what he thinks to be the major weakness of President Akufo-Addo. He said that after working closely with the president he noticed that, he remains faithful to people who support him.

The musician and political activist said that Akufo-Addo’s government is not performing as expected because the president is not willing to correct people who do not conduct themselves well. “Nana Akufo-Addo never forgets when you do something good to him. When an appointee of his does something wrong, he sometimes clears them because of some good they did for h in the past,” he stated.

“Nana Addo is not a bad person, he just lacks the courage to punish people. If you do something good for him, he will always defend and be loyal to you. When you do something, he’ll find it hard to reprimand you,” he stated. Kwame Asare Obeng said that Ghana needs a leader who can correct his people whenever they go wrong.

Pastor Nyansabuakwa has convicted everyone who claims that secular music is improper.