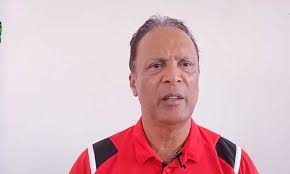 Mariano Barreto has disclosed that Asante Kotoko Players were terrified after some of their fans entered their hotel to threaten them ahead of their MTN FA Cup game against Berekum Chelsea. According to the coach, the incident happened hours before the game and this affected the players, hence their removal from the FA cup on Sunday. The removal from the MTN FA Cup indicates that the club has finished the season without a trophy. Kotoko was beaten 5-4 on penalties.

Speaking after the match Barreto said, “People who are supposed to be Kotoko’s supporters came to where we were having our lunch to insult our players, so most of the players played today because we told them to play. I have told the management to investigate and punish those supporters who did that.”

Afia Schwarzenegger has described Wendy Shay as her Enemy.