Legalizing Okada is being visionless – Kennedy Agyapong on Mahama 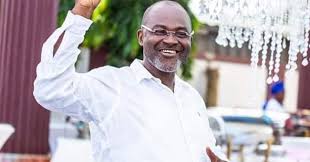 Assin Central Member of Parliament Kennedy Agyapong went after NDC presidential candidate John Mahama for saying that he was going to legalize Okada. Agyapong said that Mahama was proving to be visionless by deciding to legalize the business.

According to Agyapong: “Some of the people who are into Okada business are graduates, they called me and are even disappointed in Mahama. They told me the decision to legalize Okada business alone tells of how disastrous and visionless Mahama.”

The vocal Member of Parliament went on to say that there were other methods of job creation other than legalizing the commercial motorbike business.

Vodafone employees will enjoy 4 months of maternity and paternity leave