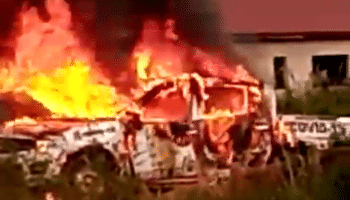 During the violence, one person was shot dead and two others seriously injured. Those arrested in connection with the violence are Ibrahim Acquah, 33, Ali Musah, 33, and Amos Aning, 38. It is not clear what started the violence but police are said to have commenced investigations.

Kennedy Agyapong has donated over $400,000 for the evacuation of Ghanaians in Lebanon