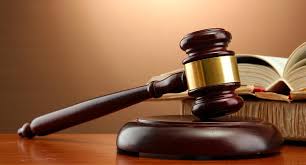 A 21-year-old man identified as Maxwell Appiah accused of defiling his 8-year-old girl has appeared before Accra Circuit Court to face defilement charges. Appiah denied the charge and even though he appeared before the court without a lawyer, he was granted a GHC50,000 bail. He was also asked to deposit two sureties.

The court was told that the mother of the girl is a younger sister to the accused’s mother. Appiah is said to have taken advantage of the girl every time she went to visit her aunt. The complainant said that the accused defiled the girl several times and threatened to beat her if she told anyone.

According to the prosecution: “This went on until June 21, this year when during the night the accused on seeing the absence of their parents lured the victim into the hall and started having sex with her. In the process, one Lizzy who was then hanging clothes behind the room spotted them through the window.”
Lizzy is currently being used as a witness.