Home News A body of an unknown man has been Found at the Shores of River Asuoyeboah.
News

A body of an unknown man has been Found at the Shores of River Asuoyeboah. 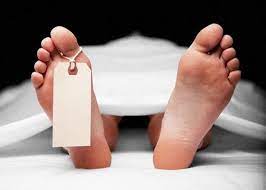 The body of an unknown man has been found at the shores of River Asuoyeboah after heavy rains in Kumasi. The assembly member for the Abuakwa Manhyia Electoral revealed a farmer discovered the body.

The farmer perceived an unusual and unpleasant odor around his farms and therefore knew that there might be a dead organism in that area. He discovered the decomposed body of a man who is alleged to be in his early thirties near his farm.

The farmer immediately reported the incident to the police, who arrived at that scene instantly. The assembly member for Abuakwa Manhyia Electoral said that the body is in bad condition, and it is not easy to identify it.