Alban Sumana Kingsford Bagbin elected as the new Speaker of the 8th parliament. 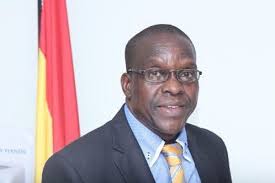 Alban’s victory was against the expectations of the NPP, and therefore it was hard for them to believe. The NDC MPs’ accused the NPP MPs of breaking the Secret ballot rules by showing the ballots among themselves. NPPs behavior starred chaos with the opposition party. Due to the tension in the parliament, some soldiers were sent to ensure peace.

Ghana Hotel Association is positive that the industry will be better this year.