Home Culture An angry mob in Lagos attacks a citizen for cross-dressing.
CultureDiaspora

An angry mob in Lagos attacks a citizen for cross-dressing. 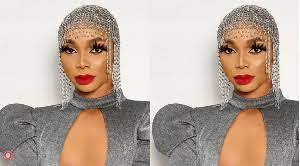 Most African Countries do not seem to tolerate the issue of homosexuality; besides they do not recognize the idea of cross-dressing. In a viral video that is currently trending on many social media platforms, a crossdresser was attacked by angry citizens in Lagos and beaten thoroughly.

James Brown popularly known as African Princess was disciplined by the angry mob for acting like a female. The incident took place yesterday in the capital city of Nigeria.

After the Nigerian citizens recognized the sexuality of the cross-dresser, they immediately started beating him. James Brown was not dressed in ladies’ clothes but his character could tell that he is trying to imitate feminine traits.