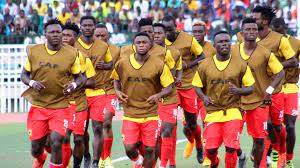 The chances of Asante Kotoko emerging victorious in the Ghana premier league are increasing. On Wednesday, at Obuasi Len clay sports stadium, the Asante played against Bechem United, whereby they emerged victorious with four goals.

Even though Asante Kotoko’s performance was poor at the beginning of the league, they have managed to improve up to a better position. The team is hoping to win during the 2020/2021 premier league.

Pastor’s Ex-wife locked up a church to prevent his ex-husband from marrying for a second time.