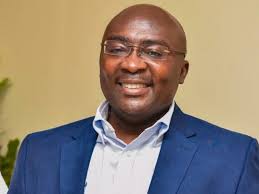 While addressing members of the press in Accra on Tuesday, the group, through their Executive Director, Prince Adams, have drummed up support for Bawumia in the 2024 presidential elections saying that he is best suited for the position since he is well accepted by both the Christian and Muslim communities. The Adams-led youth group has applauded the Vice President’s pivotal role in the party stating that it was due to his efforts that NPP secured 16 seats in the Northern Region in the 2020 general elections, which was an increase of four seats from the previous 12 seats gotten from the region in the 2016 elections. NYUPED has indicated that sidelining Dr. Bawumia in the 2024 presidential race would spell an electoral disaster for NPP.

“There is no general rule of first-come, first-serve in the leadership of the Party, or a convention on which ethnic or religious group assumes a position or role. The rule is that the most competent person is placed ahead of his competitors.” Adams stressed.

The Executive-Director has made it clear that the Youth of the Northern Region was ready to take up the challenge to defend and prove to all that, Dr. Bawumia was the one suitable to take Ghana’s presidency come 2024. At the same time, the NYUPED leader has also retaliated to the anti-Bawumia campaigners telling them to desist from tainting the vice president’s name and instead create room for a level playing field in the run-up to the Party’s national congress.

They Want Us Stoned to Death or Burnt Alive -LGBTQ+ Group