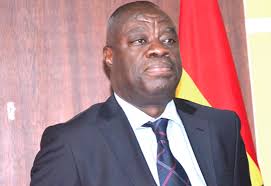 The defunct Business Development Ministry managed to create over 96,000 jobs in the last four years of the Akufo-Addo tenure. This is according to the revelation of Awal Mohammed, a minister for the defunct Business Development Ministry, who was speaking during his vetting as the appointed minister for the Ministry of Tourism, Culture, and Creative Arts.

The minister-designate pointed out that despite the few challenges encountered, his ministry managed to, directly and indirectly, create over 96,000 jobs. Mohammed further stated that the now-defunct Business Development Ministry initiated numerous projects that mainly aimed at helping small and medium scale enterprises and that the presidential pitch was one of the initiatives by his ministry to help the Ghanaian youth.

“We initiated a number of projects and programs. One of them was to support young businesses with funding and capacity building. We also provided for young people between the ages of 18 and 25 to pitch ideas. Those who succeeded got funding… We’ve established a number of jobs and we helped them. Despite the pandemic, most of them are surviving. We created 96,000 jobs under our initiative for the last four years.” Mohammed said.