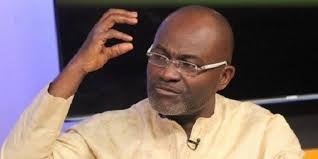 He thinks that MPs are losing seats not because they have not worked but because they are poor and unable to meet all the demands of the people who elected them.

According to the MP: “Akufo-Addo has given you people positions as Ministers and CEOs don’t wait for him to tell you to give the contracts to the party’s MPs so that monies they make will be used to address the challenges at the constituencies. Don’t give them to businessmen for MPs to be chasing them for GH¢20,000 and less. If the party had protected the MPs by giving them contracts, they would have not lost the elections.

“The party failed these MPs I must say. If they did not protect some of them by disallowing a contest, some more would have lost their seats. If your government comes to power and you’re not appointed a Minister, you’ll suffer and be begging for support from people because the demands are not easy.

“Parliament is difficult so I get shocked when I see people fighting over being Parliamentarians. This should be a lesson to the Party that when they come to power they need to support the MPs by giving them contracts so that the monies they make from these contracts will be used to handle issues in their constituencies,” he said in an interview with Atinka TV.

41 NPP MPs lost their seats virtually after they were beaten in the primaries. Many political analysts said that this could be dangerous for the ruling party.