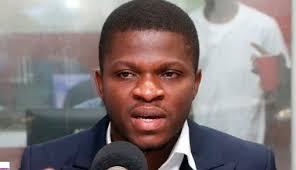 After a press conference on December 17, Sammy Gyamfi, the national communication Officer of NDC, is currently trending online following some comments he made. Gyamfi said that the individuals who are busy advising NDC to seek Justice from the court over Election results should keep quiet because they are not the party’s advisor. Furthermore, he said that it’s optional to go to the court to NDC.

Speaking during the conference he said “Do not tell the NDC to go to court because you are not our advisors. Going to court is an option and protesting election results is a right so no one should tell us to go to court.”

Some citizens of Ghana have expressed their love through Twitter. According to them, Sammy Gyamfi is a great lawyer and a source of encouragement to other people who wants to do law. One of the tweets, with the user name, The Kings, stated that “He’s gradually becoming a double-edged sword in the flesh of the elephant. He’s my greatest motivation to read law.”

Pretty Janes tweeted that, “Sammy Gyamfi is my communication director. A smart lawyer by all standard.” Favour through her tweeter said, “This guy Sammy Gyamfi, NPP will keep complaining and saying shit about him but low key they’ve sent their proposal. You are a great lawyer. My communications Minister.”

I do not reconcile with my rivals- Deloris Frimpong