ECOWAS urged to step up fight against trans-border crimes 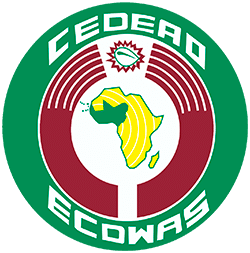 Bekwai (Ash), Jan. 20, GNA – The Economic Community of West African States (ECOWAS) has been asked to do more to fight crimes on the borders of member states to help promote trade and regional cohesion.

Stakeholders at a national consultation workshop on ECOWAS Vision 2020, who made the call, said this was critical to the regional integration process, which the ECOWAS had been championing over the years.

The two-day workshop, held at Bekwai in the Ashanti Region, was to evaluate the Vision 2020 to enable the ECOWAS to adequately assess the milestone chalked in the discharge of its mandate.

Adopted in 2010, the ECOWAS Vision 2020 sought to create a borderless, peaceful, prosperous and coherent region built on good governance, where people could access and exploit its enormous resources through the creation of opportunities for sustainable development.

It was put together by the Ministry of Foreign Affairs and Regional Integration and attended by representatives from Metropolitan, Municipal and District Assemblies, security agencies, religious bodies and academia.

Participants also raised concerns about the slow progress to economic union by ECOWAS and called for viable policy initiatives that would improve the economic wellbeing of the people in West African states.

Heads of States of the Regional Body must show commitment to ECOWAS protocols and policy frameworks beyond their meetings.

The participants also identified the sovereignty of individual member states against that of ECOWAS as a major challenge militating against regional integration and called for a broader consultation to address the problem.

On electoral violence in the Sub-region, they underlined the need for ECOWAS observer missions to be independent of the ruling governments in their operations to make their observations more credible.

The observer missions should also strengthen their early warning and post-election mechanisms to reduce electoral violence for a stable Sub-region.

The stakeholders advocated for the development of railway in the ECOWAS Sub-region to facilitate transportation of goods and services.