Home News Farmer murdered in front of his children
News

Farmer murdered in front of his children 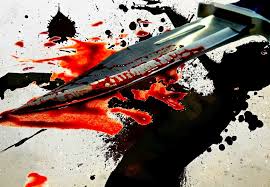 A 58-year-old farmer has been murdered at Somanya over land issues. The farmer identified as Kudjo Dakudzi is said to have been murdered with his two sons watching. The assailants are said to have hit him with sticks in the ribs before finally butchering him.

The assailants chased his two sons after spotting them in the firm. The two managed to run away and were not hurt. They then called their brother Martey Joshua who rushed to the scene only to find the dad dead. The matter was confirmed by the Deputy Public Relations Officer of the Eastern region who said the farmer had serious and deep cuts in his head.