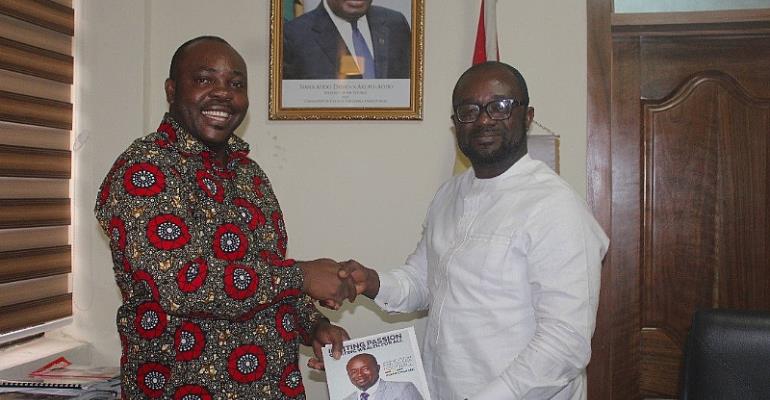 Isaac Kwame Asiamah, the Minister of Youth and Sports has congratulated Kurt Okraku for the job he has done since taking over the chair of the Ghana Football Association presidency.

Mr. Okraku took over the Ghana FA throne at an elective meeting that took place at the Physicians and Surgeons Centers in Accra last year October.

The former Dreams FC bankroller has brought a new lease of life at the association from the time he took the office and is set to mark his first year on the seat.

During an interview with Adom TV, Asiamah said that he is happy with the job done so far by the soft-spoken football administrator.

“Kurt Okraku is like a brother to me and I think he has done well when he came to office.”

“The coronavirus has interrupted their work as FA but he is working to restore the love of football,” Asiamah shared.

Questioned on the monthly and sitting allowances of the GFA president and his Executive Council, the Sports Minister said that focus should be placed on assisting the association to succeed.

“When Kurt Okraku and the Executive Council fail to deliver, Congress will determine the fate next time.

“I cannot ask why they are being paid such amount as allowances but let’s all support the FA and make sure they deliver for us”, he remarked.

My twins will marry women similar to me – Afia Schwarzenegger

I am not gay; I love women! – Nana Boroo cries out