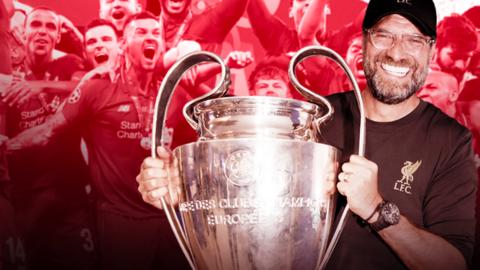 Liverpool is now the champions of England. The reds won the league without kicking the ball after Chelsea beat Man City 2-1 at Stamford Bridge. This saw the Jurgen Klopp team end their 30-year wait to win the EPL. Liverpool has only lost one game in this campaign stretching a huge lead over the second-placed City. Before the game between Chelsea and Man City, all the reds wanted to be 2 points and Chelsea was there to do the favor.

After the game both Chelsea Manager Frank Lampard and Man City, Manager Pep Guardiola thanked Liverpool for their achievement. Speaking after the Chelsea game Klopp noted that they had watched the game as a team. He imagined how the crowd would have behaved if they had a full stadium see them win the league.
According to Klopp: “Imagine if the stadium could have been full and people could have experienced that live. It would have been amazing. This game will last a while in my mind, this is what we want to be. We cannot play like other teams, but we can play pretty good stuff.”

Speaking to Liverpool’s official website Klopp noted that: “I am completely overwhelmed; I don’t know, it’s a mix of everything – I am relieved, I am happy, I am proud, I couldn’t be more proud of the boys.

“How we watched the game tonight together, we knew it could happen, it couldn’t not happen, we didn’t know. We want to play football and we are really happy that we are allowed to play again – then when it happened in that moment, it was a pure explosion.

“When we counted down the last five seconds of the game, the ref counted down a little bit longer than us so we had to look at two or three more passes!

“Then it was pure…I cannot describe it. It was a really, really nice moment. Directly after it, I felt so empty inside – I cannot believe it, I am really not happy with myself in the moment that I feel like I feel, but it’s just a little bit too much in the moment. I will be fine, nobody has to worry.

“I actually couldn’t be happier; I couldn’t have dreamed of something like that and I never did before last year, honestly. We were not close enough three years ago, a year ago we were really close…what the boys have done in the last two-and-a-half years, the consistency they show is absolutely incredible and second to none.

“Honestly, I have no idea how we do that all the time. Last night, a very good example – we played a game like the stadium is fully packed and everybody is shouting ‘Liverpool’ or whatever constantly.

“It is a wonderful moment, that’s what I can say.”