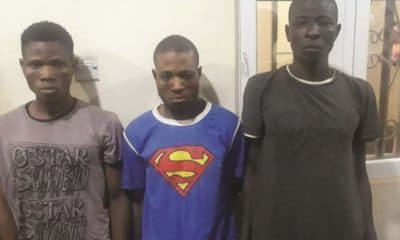 Three years after allegedly killing Martin Kwabena Amuzu, Yakubu Atubiga led police to recover the skeletal remains where he buried them. Yakubu is said to have admitted killing Amuzu after continued interrogation. During the recovery of the bones, it was identified that after killing Amuzu, the murder suspect buried the head and the rest of the body in different places. The head was in a shallow grave while the body was in a well.

The reports were revealed three years after Amuzu went missing. The murder suspect was arrested after a tip-off from the public together with one friend as well as his employer.

The skull of the deceased was exhumed on July 20 after an order from Tepa District Court. During the exercise, the police recovered his slippers and a t-shirt which belonged to the deceased. The police then proceeded to the well and recovered the remains of the other body. The remains have been deposited at the Tepa Government Hospital awaiting DNA analysis.

75 SHS students from the Western Region test positive for coronavirus