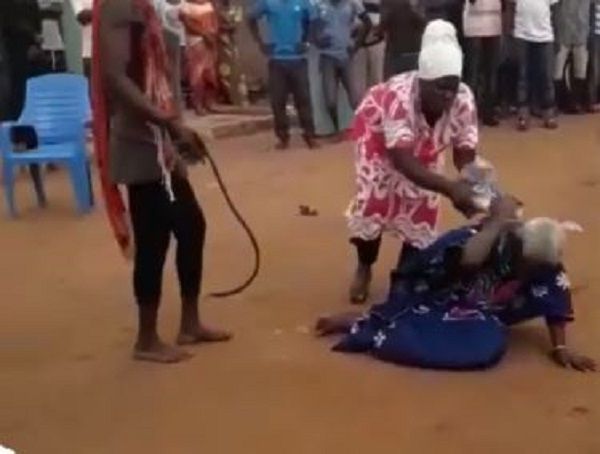 A video trending online shows a woman whipping, slapping, and hitting the old woman with a heavy item on the head. The video had led to a lot of online outcry with people asking the police to take immediate action.